For well over 50 years, Liquids in Motion has been an industry leader in the handling and transportation of bulk liquids. Throughout this time, the company has recognized the importance of innovation and flexibility and has sought opportunities for growth and expansion. After many years in the Leduc County, in 2016 we relocated our head office to Millet, Alberta, providing over 35,000 square feet of office and maintenance space. This same year we also made the decision to pursue our life-long dream of opening an office in Texas. We also continue our presence in Southern Alberta with a location in Calgary.

Having a proven reputation for providing safe, reliable, cost-effective services and the capability to transport a wide variety of liquid products, the company has developed a great depth of expertise in hauling chemicals. Attention to detail is key, and Liquids in Motion takes pride in the role it plays servicing the oil and gas, forestry, manufacturing and agriculture industries. We work hand in hand with our customers to ensure a level of service they can trust and rely on.

Safety is our number one priority and we maintain an intensive, detailed and effective program. With a growing fleet of trucks and trailers, our philosophy has always been to upgrade our equipment continually to ensure the most efficient and reliable movement of customer freight. We currently service our customers from as far north as Alaska to the southern point of Texas, and to the eastern point Newfoundland to Spokane to the west. With the exception of Hawaii, we are licenced to work in all of the USA states and deliver and load product throughout Canada.  Liquids storage and rail siding services are also provided by our sister company, Liquids Transloading Ltd.

As a family-owned business, we continue to maintain strong family values built on respect, integrity and trust.  Our goal is simple – to meet or exceed our customer’s expectations, every time. 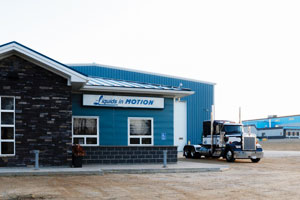 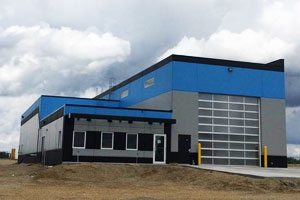